Gel-Sol's K8EMA now out digitally at these various online shops! Buy now before all the MP3s sell out!

KIDS FOR TOMORROW - NEQUA (new album from my other project) 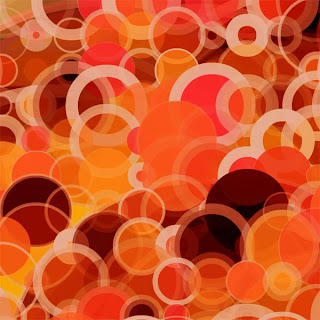 I'm a little late on this one, but earlier in the year Upstairs Recordings released the second album from my Kids For Tomorrow side-project. The album is called Nequa, and is a continuous ambient/experimental journey sculpted out of improv sessions from the previous year. My main co-conspirator for this release was Nils Whitmont, who can rock the sandals/sock combination like no other. He left the city to go be responsible or something...hopefully he'll come to his senses and come back to Seattle someday. Other collaborators include William Mempa, who was on the first KFT release Deployer, Chris Haines aka Crispy aka Leave Trace, and Scott Johnson, all-around jack-of-all-medias.

I'm not really gonna try to describe the album. It's kinda weird. There's little sections that go into other little sections, but sometimes they go into bigger sections. It's definitely not yer typical pop song format, or long epic piece sort of thing. The album (like most of my releases) is meant to be listened to as a whole. So yeah, check it out!

Nequa was released digitally by the fine people at Upstairs Recordings in Vancouver. You can get Nequa through iTunes, eMusic.com, Zunior.com and Beatport.com

And feel free to check out a sample from Nequa here:

Seattle-based Andrew Reichel describes k8ema, his follow-up to 2008's IZ, as the “newest planet in the Gel-Sol universe.” Spacey k8ema certainly turns out to be when it carves an explorative path through seventy minutes of psychedelic ambient soundscaping beamed in from the Vangelis and Tangerine Dream universes. Written (as was IZ) for Reichel's niece, the album is an unabashedly synthetic affair that stretches immense washes across softly pulsating skies. Occasional voice samples punctuate the material's lush, symphonic surfaces, and beats and choirs (celestial and children's) are heard in isolated instances. Micro-organisms and glissandi chirp amidst the music's layered tones, and each piece flows into the next, making the album feel like an epic, never-ending dreamscape. The album lifts off with eight galaxial minutes of New Age-styled whooshes, washes, and swirls (“Abyssinia”), before settling into a serenading, slow-motion drift through the cosmos (“k8ema”). Track titles such as “Spirit Guide” and “Halo of Stars” are consistent with the music's oft-soothing tone, but it's not all lightness and sparkle, however. Some welcome grit and grime gets under the fingernails of “Peacetime Fortress,” and brooding moments arise during "Panta Rhei" to offset the heavenly radiance. k8ema often plays like a sonic transmutation of 2001: A Space Odyssey and, during its darker moments especially, the dystopic visions of Blade Runner.