Seattle-based electronic producer Andrew Reichel (aka Gel-Sol) has cultivated something of a reputation for ‘widescreen’ downtempo / ambient soundscapes, with his 2004 debut album under the production moniker on Em:t ‘1104’ calling to mind The Orb’s surreal sample-laden psychedelic flights of fancy circa ‘Adventures In The Ultraworld.’ A scant twelve months on the heels of last year’s ‘Unifactor’, this third album ‘IZ’, a joint release between the Dublin-based Psychonavigation label and Canadian imprint Upstairs sees Reichel constructing a nine-part ‘all ambient adventure’ for his niece Izabella, who was born last year. From the very outset here, the familiar melodic aesthetic heard on previous Gel-Sol albums is firmly in place in, with the opening title track introducing the lush, almost orchestrally-arranged fusion of rich ambient synth pads and flowing melodic elements, the resulting blend sitting somewhere between Pete Namlook’s similarly cosmic and beatless mid-nineties output and Tangerine Dream-style prog.

Curiously though for an album dedicated to an infant relative, while the overriding mood tends towards uplifting and optimistic territory, there’s still a trace of underlying tension and uncertainty, with the sampled sound of distant police sirens and what sounds like a homeless man creating an effective counterpoint to the bleak-sounding string swells that roll throughout ‘Mourningwok.’ It’s these vaguely unsettling undercurrents that also add an unexpectedly dark and poignant edge, such as the dark subterranean bass tones and disembodied hypnotherapy samples that float through the ominous ‘Raneboze’, and maintain the levels of intrigue whilst preventing proceedings from drifting completely away into a blissful ambient / chillout waft.
Posted by Gel-Sol at 1:10 PM No comments:

Email ThisBlogThis!Share to TwitterShare to FacebookShare to Pinterest
Labels: Reviews

IZ begins with the calm inhalation of artificial intelligence.Gel-Sol lets the sunset simmer in the pan as a warm wash of synth caresses our ears and bundles us up for our journey. This is one of those albums that makes me believe that the machine playing the CD is actually a sentient being, and we are privy to its personal dreamscape. The machine, in this case, is pretty pleased about life! Think M83’s Dead Cities, Red Seas, Lost Ghosts meets Hal from 2001: A Space Odyssey (minus the menace), and you have a pretty good idea of what Gel-Sol's third album sounds like.

The opening track "IZ" bathes itself in fuzzy ocean waves and a warm pelt of synthetic chords. An oboe soars high aloft like an albatross on the solar wind. As we drift above the planet, we get a few echoey vocal acknowledgements from the host computer courteously admitting us to its subconscious. These voices are probably from obscure films, originally, but we've never seen them, so the illusion is maintained. Onward to "Mourning Wok"! We pass by a pair of alien species speaking in an indecipherable tongue on their back porch before we slide down a lugubrious river of lush, chordal melodies. IZ is heady and full of cinematic flourishes. If you've ever heard Front Line Assembly and wished they would just get off the speed and take some downers, then this album is for you.

Third track "As Far As Eye Can See" would be the hit single if they played ambient space drone on the radio. For this irresistible song, Gel-Sol ups the vibrancy by stealthily adding a muffled, bubbly bass beat along with a texture of flitting, atmospheric rhythms to get us moving at a delightful little trot. This is the only song on the record with any discernible "beat" but you’re not going to be compelled to dance unless you are a stardust-eating, ballerina panda bear, so watch the animals dance instead. On top of this pleasant, motoric rhythm a guitar hooked up to a Tesla coil does a call-and-response with a large crowd of samurai on the main deck of our dream space station (one of my favourite moments). Gel-Sol's use of samples and overlapping melodies makes for some easily-achieved synaesthesia. He manipulates his sound layers quite fluidly, and wow, I am enjoying this record!

The overall sound is a polished, psychedelic ambience, much akin to a beat-less Boards of Canada or Boom Bip. But, where those bands go "glitch," Gel-Sol goes "shimmer," especially through the middle third of IZ. Our computer friend gets to a point where it’s between sleep and waking, and it begins to breathe through its giant, metal bellows, and exhale through thousands of 16-bit vents. As if in response, a lady (Computer Gaia? Big Brother’s sister?) gets on the dream P.A. with a fairly brain-washing tone and encourages the dreaming computer that its family loves it when it dreams. At first I was really turned off by this voice, as it felt like an interruption, but I eventually forgot she was talking at all. I drifted back into the flow of slow-motion respiration, letting the voice convince me that I was safe, until I was back inside the lunar bio-dome, arms folded over my knees as I stared out the window at Earth, wondering if I'd ever return. The album is an hour in length, but I could have listened to several hours more. Once the final resolving melody, the softly spoken words of love and wash of rain faded away, I pressed play again.

There are many drone and atmospheric records that are lovely, but few really sound as major key as IZ. Certainly, Stars of the Lid are a reference point. This music is so optimistic, it could be a soundtrack to the planet that the Flaming Lips are actually from! Tropical rainstorms, submarine pings, droids singing amidst the spray of the ocean, shape-shifting birds chasing swarms of nano-bots, a metropolis from Blade Runner being bombed in the distance, and an orchestra expressed as the sigh of one string wafting its way through a galaxy - some dudes just know how to use their keyboards. In another's hands, this sound bank would reek of cheese and saccharine novice. Gel-Sol has crafted a wonderful album of songs fit for you and your computer while you both sleep peacefully, side by side, leaving our wanton civilization behind.

Email ThisBlogThis!Share to TwitterShare to FacebookShare to Pinterest
Labels: Reviews

I thought that when I switched over to this blog format, I would be more active in posting things...turns out I'm not! I guess I'm not really in to posting my opinions on things, or blabbing about my private life (which is extremely boring BTW).

I just wanted to let you know that I am working on music almost every day and plan so release some excellent music in 2009! More specifically, I am working on the Kids For Tomorrow album, and the next Gel-Sol release, Terramecha. Stay tuned...

Hope yer all doing well, and have a great holiday season!

Email ThisBlogThis!Share to TwitterShare to FacebookShare to Pinterest
Labels: News


Featuring the cinematography of Ron Fricke from the films Baraka, Chronos, and Koyaanisqatsi. This video was assembled by Knoll Funke-Bilu for his final project in a video editing class. I love it. I met Knoll online, but if I ever meet him in real life, I will buy him a very tall beer. Thanks man!

Email ThisBlogThis!Share to TwitterShare to FacebookShare to Pinterest
Labels: Video

IZ is 12 Euro, so it's import prices for us American folks...sorry!

I am pleased to announce the release of my 5th album (3rd under the Gel-Sol moniker) IZ.

"The follow-up album to 'Unifactor', 'IZ' explores new musical territory for Andrew Reichel in the orchestral/ symphonic vein. The listener may detect elements of artists like Stars of the Lid, Global Communication, or The KLF, but the entire experience of 'IZ' is completely original. Guitar loops, mellotron sounds, and lap steel all help enhance the organic nature of the music."

You can purchase IZ online through iTunes, eMusic and Beatport. Visit Upstairs Recordings for all the links.

IZ will be released on CD next week courtesy of Psychonavigation Records in Dublin. 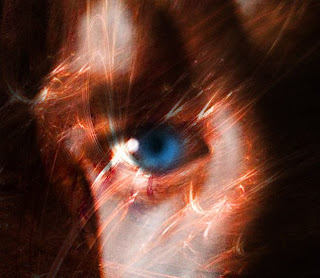 Here are links to some old songs/sets that were posted on my old site.

Soopershammy (return of the hammer)
This is a sound collage using mainly samples from infomercials. It was featured on Free Speech for Sale compilation, which was similar to the Droplift Project.

The World is Behind Them
Unreleased track 2003

Is Influencia even a word? I'm not gonna bother looking it up right now. Anyways, here's some youtube stuff that I really like. In case you don't know, I am quite interested and influenced by late 60s - mid 70s prog rock. What's prog rock? Check out the clips, dummy!

Van der Graaf Generator - Whatever would robert have said


That's all for now. Stay tuned for more!

Email ThisBlogThis!Share to TwitterShare to FacebookShare to Pinterest
Labels: Miscellaneous

I have been to several shows at Nectar, and have always wanted to play there. Maybe it's the tall stage. 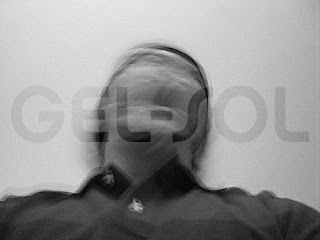 So basically it's a pain in the ass for me to update my gel-sol.com website (and I'm lazy)...it hasn't been updated in over 2 years. Which is why I am now starting this blog. I wanted to build my new blog with another reputable blog company, but apparently the server space I have been graciously lent does not support the software. Oh well...which is why I am here!

My goal is to eventually get www.gel-sol.com to route automatically to this site (or whichever blog I end up using), and to keep the site updated regularly with news, free audio downloads, and occasional randomness.

In the meantime, feel free to stop by my current website at www.gel-sol.com, where you can download lots of free music! You can also check out these other fine Gel-Sol related sites:

Anyways, thanks for stopping by!