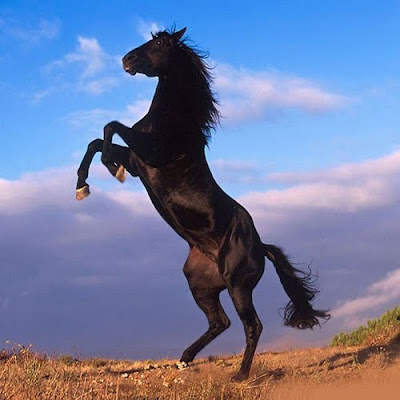 I'm halfway through introducing tracks on Terramecha. Below is a track list of how I am currently seeing the flow of these songs, with the yet-to-be-introduced songs in red. Keep in mind that I wish to release this album as a vinyl double-album, so the songs are group in sides. Whether a vinyl release really happens, I don't know. This is at least how I'm going to approach it for now.

Again, this track list is not set in stone, and certain tracks might be added/omitted. I have a few interlude type pieces that might fit into the story, but I might just fit them into one of the bigger pieces. For the most part, the main order is there.

So, what's next? Well, I'm going to introduce the rest of the songs in some form or another. Some of these songs have been played live and recorded, and some are nothing but a bunch of layers of music with no structure yet. I haven't decided how I will present these "less mature" tracks yet. I might just make some loops of material and post those. All of the songs on Terramecha are evolving, so I'll most likely post many versions of the songs as they develop. I never really think of a "song" as something that's finished anyways. A song can (and should) evolve beyond the "album version." I like the concept that a song can amorphously change shape from version to version, whether it be live recordings or in-studio improvs, and still be recognized as the same piece. I am of course going to have to commit something for the album, and these live recordings/improvs allow me to hear different approaches, and figure out what's best for the album.

I'll give a few teasers as to what to look forward to in the next month or two. "Blast off!" (song 2/Blood) gets the story rolling (or blasting into space) with the spaceman and his trusty spaceship taking off from their base in search of the mysterious beacon. Spectacular Optical (song 4/Blood) deals with a futuristic internet that is fed directly into your mind, with sexy results! Peace in Abandonment (song 6/Blood) deals with the spaceman's realization that he has lost control of his mission (and spaceship) to a stubborn, and quite possibly horny, female computer. Expo (song 2/Rust) is really just that; an exposition of inside Terramecha. This is where the rest of the story goes down. After "hearing" what Terramecha looks like, Nerve Center (song 3/Rust) goes to the center of the planet, to observe the main robot, the one who created all of the other robots. Paths to Frenzy (song 5/Rust) depicts a war between the robots of Terramecha, as two sides differ on how to handle the wreckage of the spaceship. Half the robots want to inspect the inside of the ship, half want to eject it into space without finding out what's in it. And finally, Revengine (song 6/Rust) deals with what happens if you open something you're not supposed to open.

Since I don't have any audio to post Terramecha-related today, here's an old track of mine as an homage to the band Ween. The Stallion 3000 is an "original" piece of music I made in late 2005 that's comprised entirely of Ween samples...mostly little isolated bits from a large chunk of their studio albums. I guess you would call this a mashup, but I used around 70 Ween songs to make this piece. Check out the Soundcloud link if you want to see what tracks I used.

Thanks for reading/listening! Stay tuned for the second half of Terramecha tunes! Feedback welcome!
The Stallion 3000 by Gel-Sol (and Ween) by Gel-Sol